Originally formed in 2012 as a trio with Scott Wood on pipes & whistles, Mhairi Mackinnon on fiddle and Ron Jappy on guitar, they took the folk scene by storm and by 2014 had quickly evolved into the Scott Wood Band.

Described as “a collaboration of the most promising young Scottish musicians”, their ground breaking debut album “Upsurge” was met with critical acclaim:

“This is a band with a clear idea of how to adapt traditional themes for their up-front instrumentation, and the end result is sensational.”

“The Scott Wood Band have delivered a stunning first album, and it seems natural that their already successful career is going to flourish.”

“With a gentle close, the album ends with Brookehall Bride. The track is honest and raw and leaves the fiddle, guitar and whistle exposed. Rooted in Jappy’s delicate guitar playing, the whistle and fiddle resonate effortlessly throughout.” 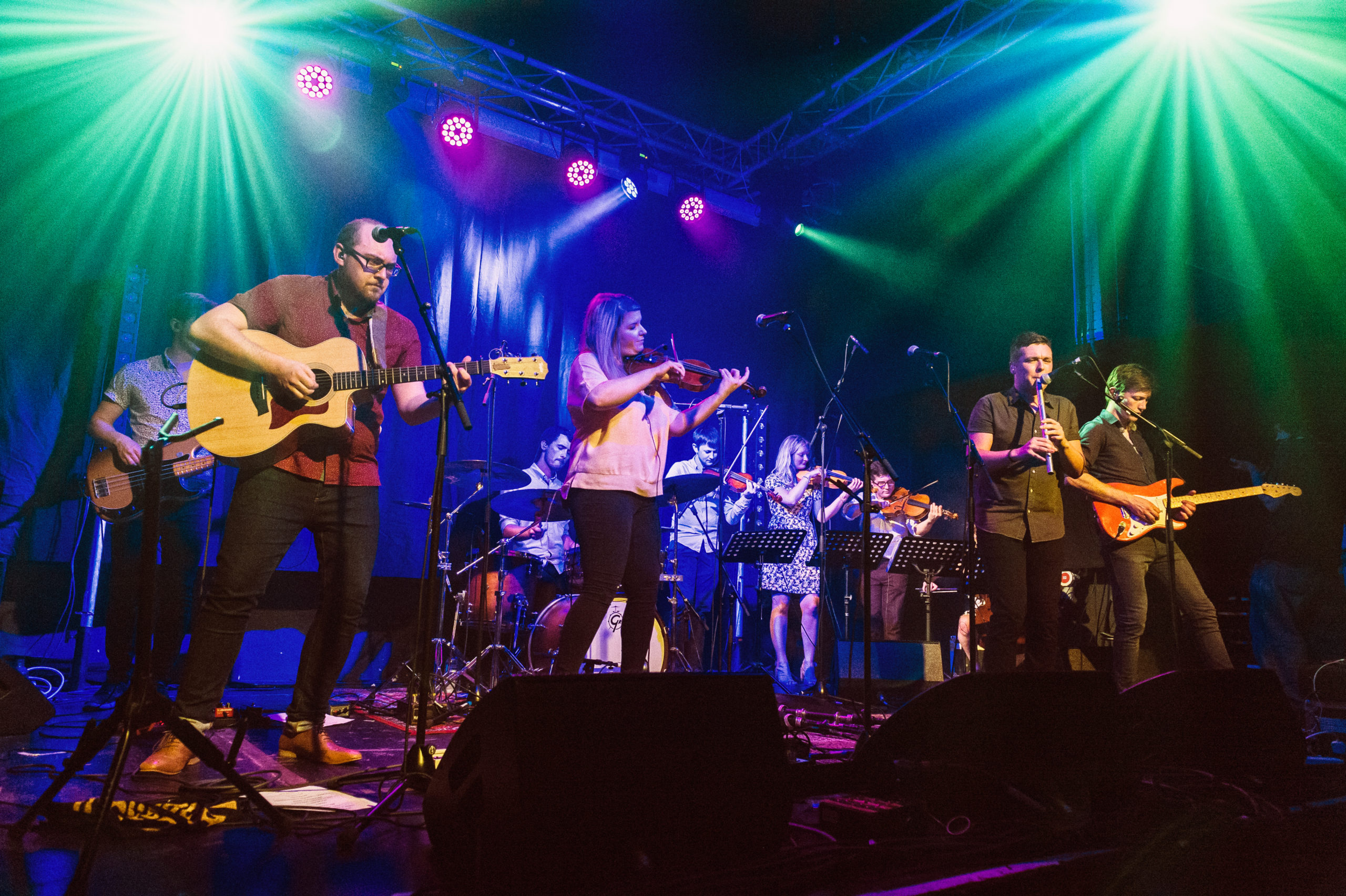 Collectively they have toured internationally with bands such as: Mànran, Wolfstone, Skerryvore, Rura, The Mischa MacPherson Trio, Fat-Suit, Jamie Smith’s Mabon and the Red Hot Chilli Pipers and their success has  been recognised with a nomination for the prestigious ‘Folk Band of the Year’ category at the 2014 BBC MG ALBA Scots Trad Music Awards.

Their first record “Upsurge” was released on Oak Ridge Records and was recorded in February 2015 during a 5 day residential at Castlesound Studios, Scotland. Containing primarily their own folk styled compositions, influences of jazz, pop, rock and world can be heard throughout, and a new sound for the bagpipes has been identified. Producer, Calum MacCrimmon (Breabach and Man’s Ruin), insisted on recording the album in a live setting, to capture the raw performance energy of the band. Virtuosic electric guitarist Davie Dunsmuir laid down an awe-inspiring solo on the track ‘McCready’s’, and a string quartet of classical and folk musicians enriched 3 tracks on the album. Scott then travelled to Ann Arbor, Michigan to witness the record be mixed by one of his biggest idols and sonic mastermind, Tyler Duncan (the olllam, Ella Riot).

The band have had a very successful career, seeing them being nominated for several nominations at the MG Alba Scots Trad Music Awards including: “Up And Coming Artist of The Year”, “Folk Band Of The Year” and “Album Of The Year”. The band also played for the opening and closing of the awards in 2016, as well as for the BBC Hogmanay Show in 2017 with Phil Cunningham, Aly Bain and KT Tunstall.

To keep up to date with the Scott Wood Band, please click here: scottwoodband.com