A Graduate of the Royal Scottish Academy of Music & Drama, Ron Jappy has always had a passion for performing and teaching music. From a young age, he made the best of the opportunities given to him, and has been influenced by a broad range of fantastic musicians and teachers. During his time spent in Glasgow, Ron has had a number of experiences presented to him through the rich and vibrant music scene, and is subsequently highly sought after as an accomplished guitarist, fiddler and pianist.

Born and brought up in the small, coastal village of Findochty in the North East of Scotland, Ron began his musical journey when he received fiddle and piano lessons whilst at primary school. During his teenage years, he then received tuition from Donald Barr (also a graduate of RSAMD) who was a great encouragement and inspiration to him. In his early years with Donald, Ron broadened his knowledge of Scottish fiddle music with the Strathspey fiddlers. Travelling with the group, he performed in many situations as a solo and group performer throughout the UK, Germany and Texas. 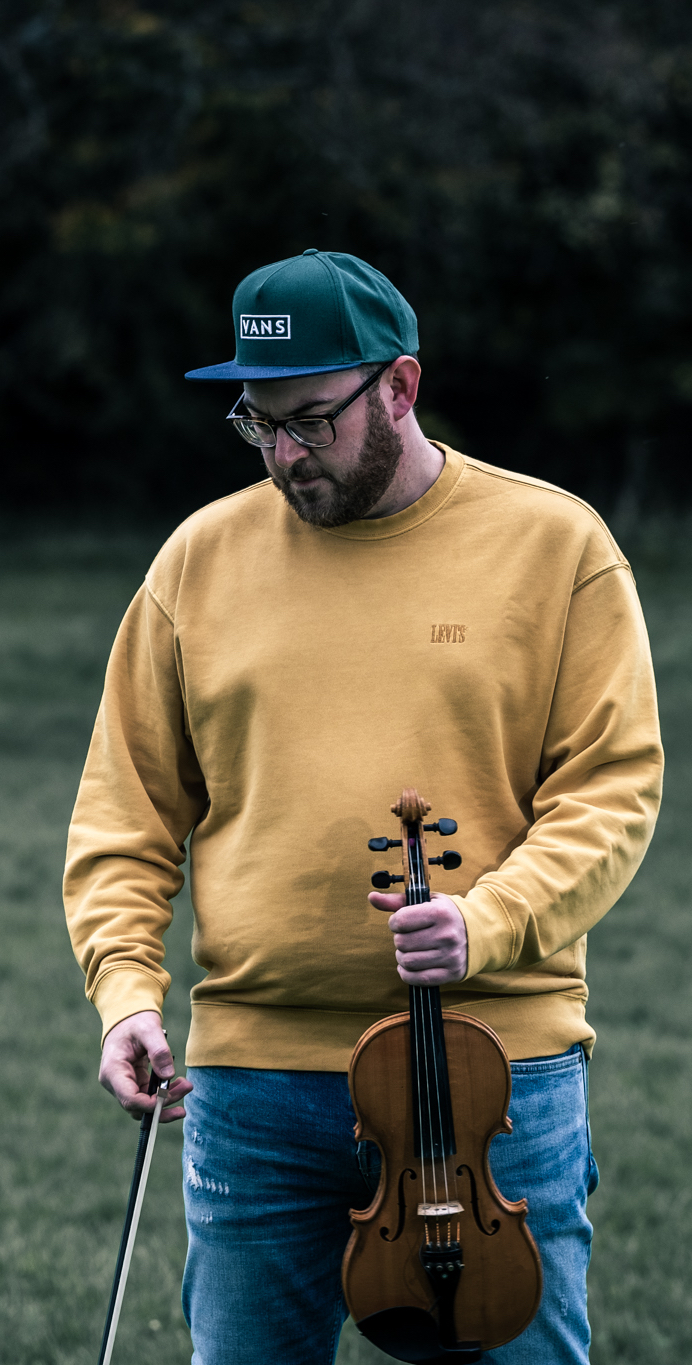 In his latter years of secondary school, Ron began receiving fiddle and violin lessons from James Alexander where he started to gain even more experience in live performance. Ron found himself in higher demand for performances and events and subsequently formed a ceilidh band, Cruachan with his brother Raemond, and fellow fiddlers Jack Smedley & Barbara Anderson. Ron has, and will be forever grateful to both Donald and James for the opportunities they provided to him as a youngster.

When he moved to Glasgow to study at the Royal Scottish Academy of Music and Drama, Ron then came to appreciate a variety of styles & genres of fiddle playing and broadened his musical horizons under Alistair McCulloch. Before long he found himself in high demand as a musician all over the central belt and performed for a number of high profile individuals including; Sir Sean Connery, Ursula Andress, Karen Gillan, Sir Patrick Stewart, Pippa Middleton, Ewan McGregor and Prince Charles, to name a few.

After graduating in 2011, Ron was 1 of only 8 finalists to be invited to the prestigious Glenfiddich Fiddle Championship in Blair Castle, and when invited back in 2012, he received 3rd place. Blair Castle has strong links and history with Scottish fiddle music, with world renowned fiddler Neil Gow being from near by Dunkled, and his fiddle still lives in the glass cabinet in the main auditorium. Ron was also invited to perform in the Highlands & Islands Fiddle Masters in Oban in March 2012.

Through playing the fiddle, Ron has travelled extensively throughout the world with performances in countries such as; Bahrain, Indonesia, Nigeria, Pakistan, Thailand and the UAE.

Today though, Ron finds himself more attracted to the accompaniment side of music, and as such is quickly establishing himself as one of Scotland’s go to guitarists for Traditional and Folk music. Ron began his journey as an accompanist after being truly inspired by a performance by Ross Ainsle and Innes Watson at the Piping Centre in Glasgow, and pinpoints this as a significant turning point in his career as a musician. A never ending source of creativity, imagination and expressiveness, Innes continues to inspire and influence not just Ron, but other fellow guitarists and musicians alike.

“One of the best things about being an accompanist is getting to share musical experiences with an array of talented and gifted musicians. It influences, inspires and motivates me as a musician, providing different goals to work on and allows me to creatively express myself in various scenarios.

The role of an accompanist is crucial to the success of any performance. I have to support and enhance the performer and help deliver what they are trying to convey. It is often an exciting and creative process that demands an assured and versatile performance, whilst never too dominant.

Being an accompanist is amazing, it truly is. I feel so lucky to be able to play with such a diverse range of talented musicians, and seeing how this can influence and shape me as a player.”

Throughout the years, Ron has played guitar with some of the most successful musicians in the industry including: Ainsley Hamill & Alistair Paterson, Alistair McCulloch Trio, Barluath, Claire Hastings, Hannah Rarity, Iona Fyfe, Jamie Smith’s Mabon, Joy Dunlop, Mànran, Rachel Hair, Robyn Stapleton Skerryvore and the Scott Wood Band and as he looks forward he will be drawing on some of these musicians for a new and exciting solo album project.