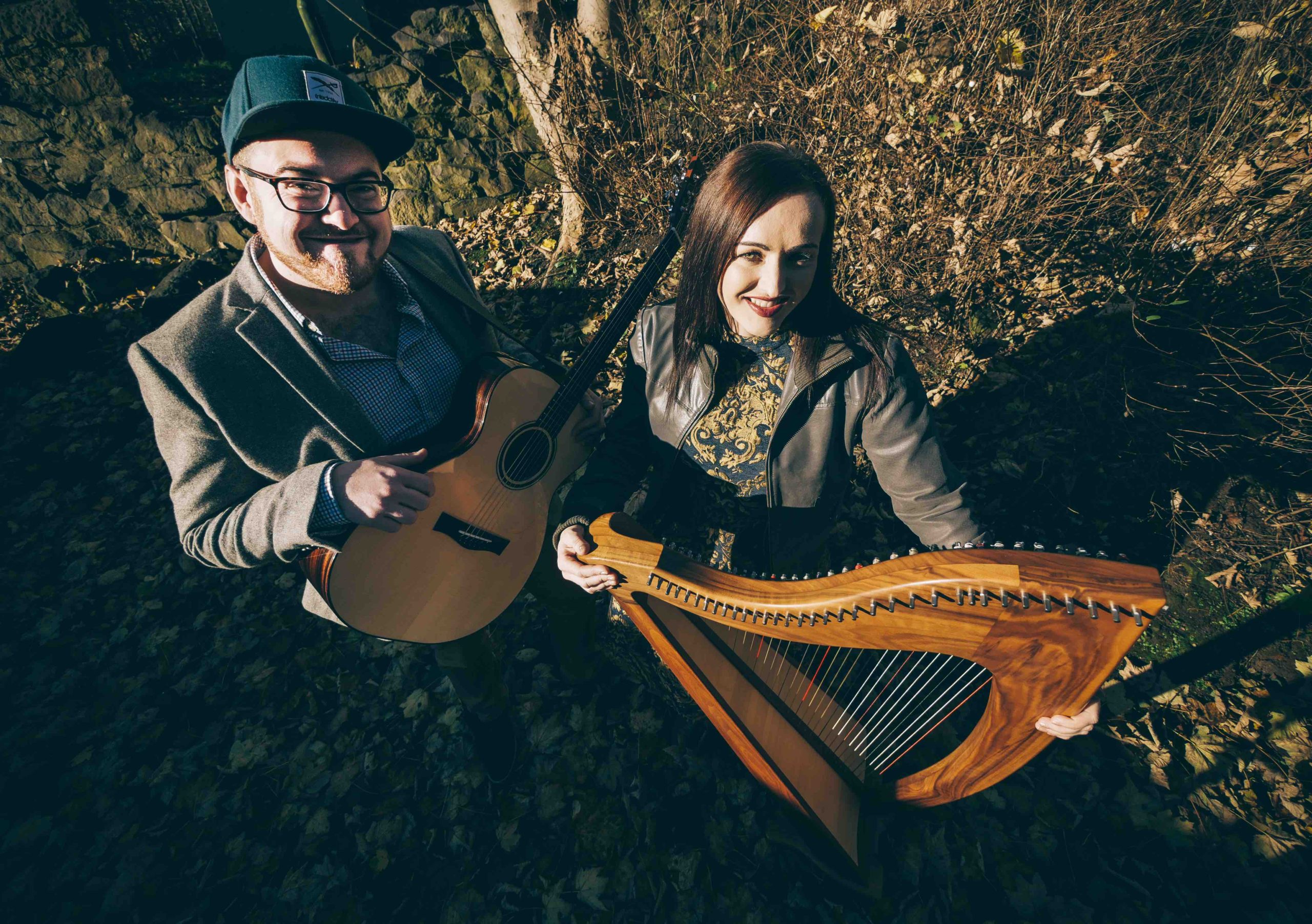 Ron also performs in a duo with critically acclaimed harpist Rachel Hair. Purveyors of Scotland’s most ancient and contemporary instruments, clarsach and acoustic guitar, these two halves created a whole in September 2017: a subtle yin-yang between spine-tingling clarity and virtuosic drive.

Originally paired for a 2 and half week tour of Europe, their musical chemistry was apparent from the outset. From snappy strathspeys to heartfelt airs, from rip-roaring reels to chirpy jigs – they are the perfect synthesis of the modern and the traditional.

Described as “One of the UK’s finest contemporary Celtic harpists” Rachel herself is a highly sought after performer, composer and tutor both as a soloist and with the duo. Having released 4 critically acclaimed albums, the latest record was recored with Scott Wood at Oak Ridge Studios and has also been met with great success.

To keep up to date with the Rachel Hair & Ron Jappy, please click here: rachelhair.com